You Can’t Argue the FACTS

TFA strives to improve your portfolio diversification and aims to smooth out your ride through various market cycles which helps you risk less and gain more.

Fact: The Mathematics of Loss are Brutal

TFA employs risk mitigation elements to limit the impact of severely negative market cycles. The reason is simple: The mathematics of loss are brutal.

If you lose 50%, many investors think you need a 50% gain to break even. However, the math shows you need to double your money to get back to where you started. Now, ask yourself…How often have you had investments double in value? And as the above examples indicate, this situation only gets worse as losses get larger.

It is for this reason that TFA strives to “lose less” during bear market environments.

Fact: The History of Bull/Bear Markets

Below are the mean returns for Cyclical Bull and Bear Markets since 1900** Since the average decline seen in bear markets* since 1900 has been -30.8%, this means that the first 44.5% of the next bull market will be spent recovering from the bear decline. In other words, buy-and-hope investors spend more than half the gains of the average bull market just recovering from the previous bear cycle.

For example, the following chart illustrates the return of the S&P 500 and the hypothetical return of a portfolio that captured just 50% of the upside during rising markets and 50% of the downside during falling markets since 2000.

The Bottom Line: Capturing just 50% of both the stock market’s upside and the downside resulted in a higher overall return. 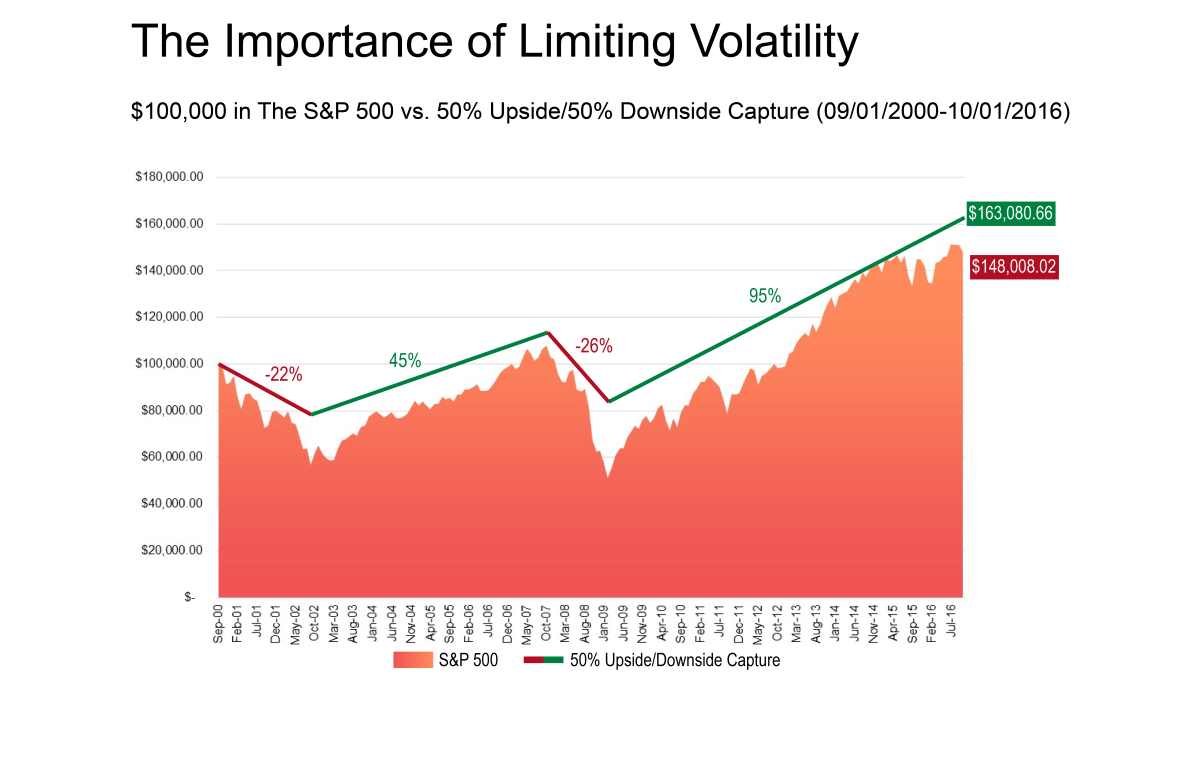 Past performance is not indicative of current results. Investing is risky. Investors can and do lose money.

TFA believes such studies prove that “losing less” during negative market cycles is a worthy goal for our funds.

The “Oracle of Omaha” aka Warren Buffett, is one of the richest men in the world, is considered by many as one of the greatest investors of a generation, and has two very important rules for investing.

According to Investopedia, Buffett’s two rules are referring to the mindset of a sensible investor. Don't go into an investment with a cavalier attitude that it's okay to lose. Be informed. Do your homework. Buffett invests only in companies he thoroughly researches and understands. He doesn't go into an investment prepared to lose, and neither should you.

TFA believes that if given a choice, few investors would intentionally remain fully invested during severely negative, bear market cycles. It is for this reason that risk mitigation strategies are built into every investment TFA offers.

In short, TFA believes that there are times when the best offense is a strong defense.

Take the next step with TFA